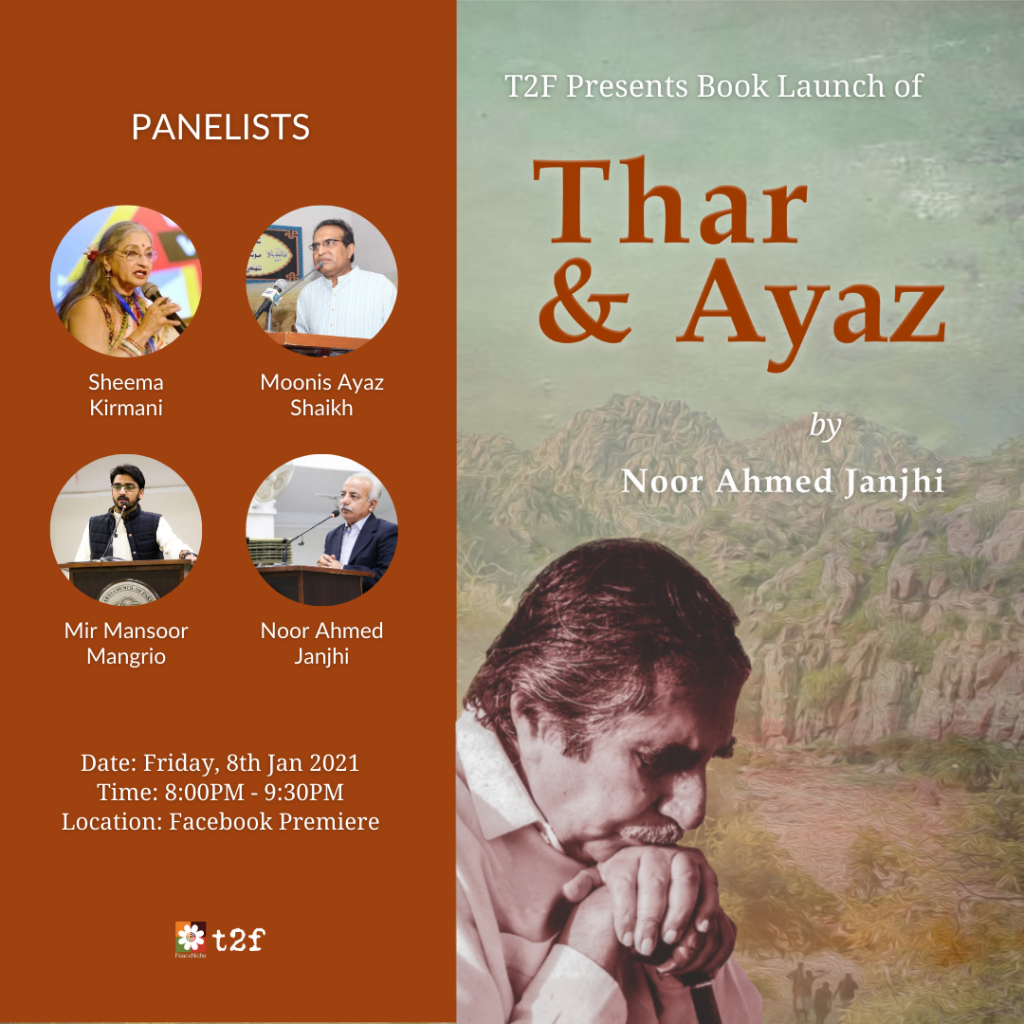 Join us for the Facebook launch premiere of Noor Ahmed Janjhi’s, “Thar & Ayaz”.

Sheema Kermani is a Pakistani social activist, the founder of Tehrik-e-Niswan Organization. She is a strong advocate for Women’s Rights Movement in Pakistan. Realising that women in the Pakistani society were not able to get equality in the society so she started a movement called ‘Tehrik-e-Niswan’ (Women’s Movement) and raised her voice for their rights, health issues, education and equality. Her pioneering contribution to the promotion of culture and theatrical performances in Pakistan since 1978 have led to international acclaim.

Prof Moonis Ayaz Shaikh is a retired University Professor and son of Shaikh Ayaz. He is a research writer and academician. He did his Masters in Social Sciences from Edinboro University of Pennsylvania. He has served as the Director General Culture and Tourism Government of Sindh.

Mr.Noor Ahmed Janjhi has a Master in Language and Literature and Education, author of the book, intellectual, poet and writer of 32 books on different themes.

Mir Mansoor Mangrio is a young critic and short story writer. He has done his Masters in English from NUML Islamabad. Moderator: Shumaila Amjad