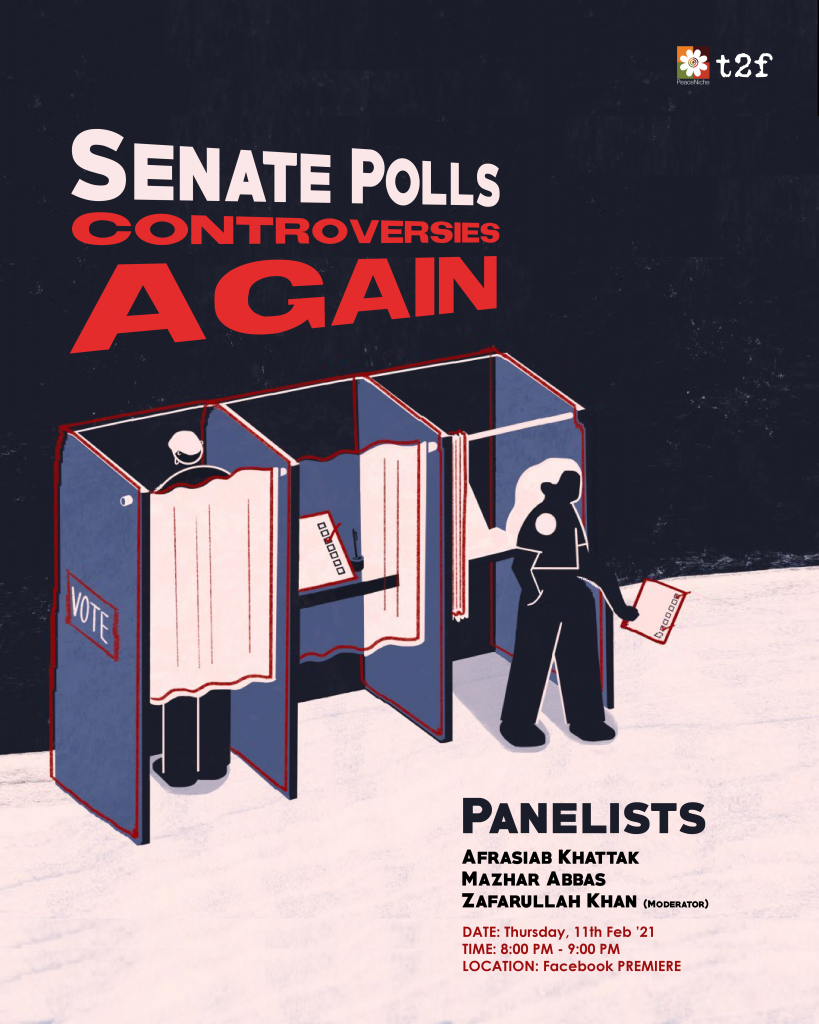 President has signed the elections Ordinance 2021 to pave the way for Senate election to be held via open and identifiable. Will this act of government make the senate elections controversial? Is this an effort to pressurize the apex court? Lets get answers to such questions from our panelists
About the panelists:

Afrasiab Khattak is a politician, intellectual, and Pashtun rights activist. Khattak started his political activism in the 1970s, but went to the Soviet Union to divert the effects of the Great Purge authorised by far-right wing regime of General Zia-ul-Haq. Khattak joined the pro-Soviet Communist Party of Pakistan. He later joined the socialist party named National Awami Party in 1980. In 2002, Khattak was appointed as the president of Human Rights Commission of Pakistan (HRCP). In 2006, Khattak joined the Awami National Party.

Mazhar Abbas is the Former deputy director of ARY News Television and the secretary general of the Pakistan Federal Union of Journalists. He is a well-known champion of press freedom in Pakistan and has worked as a journalist for 3 decades.
In his early career, he covered the kidnapping and murder of Daniel Pearl, Wall Street Journal Bureau Chief, in 2002. This kickstarted his career as he makes a name for himself as a dedicated journalist who was willing to explore the depths of a case.
About the Moderator

Zafarullah Khan is a civic educator, human rights advocate, journalist and researcher with experience that spreads over three decades. He launched the first-ever ‘Constitutional Literacy Campaign’ in the country. His book, “Consistent Parliamentary Cord: Fundamental Rights of the Citizens of Pakistan”, has been published and launched by the Senate of Pakistan. Mr. Khan was Executive Director of Centre for Civic Education Pakistan. In 2016, Mr. Khan was given Human Rights Award (Civil and Political Rights) of Federal Ministry of Human rights by the President of Pakistan.
Date: Thursday, 11th Feb ’21
Time: 8:00 PM – 9:00 PM
Location: Facebook Premiere